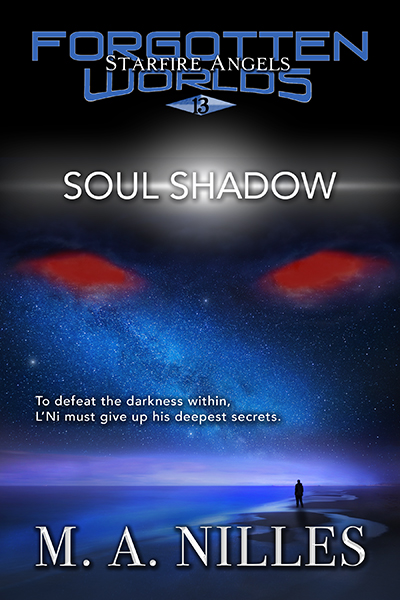 Book 13
A darkness has overtaken L'Ni, trapping him in a battle he can't escape. Unlike anything he has ever faced, he can't rely on physical strength or weapons to fight the creature he once served. He's defied its rule, and now it has found a way to attack him from within, since it can't yet breach the barrier between dimensions. The creature he once considered a god wants revenge.

However, L'Ni isn't alone. When she can't awaken him, Nya is determined to fight with him and find a way to break the creature's hold. In the process, L'Ni will be forced to reveal secrets he would rather keep buried. Nya may be unprepared but she is determined to save him. Failure could mean the death of L'Ni in the midst of a nightmare.